Get fresh music recommendations delivered to your inbox every Friday.
We've updated our Terms of Use. You can review the changes here.

Everything Fades to Blue

by EWAH & The Vision of Paradise 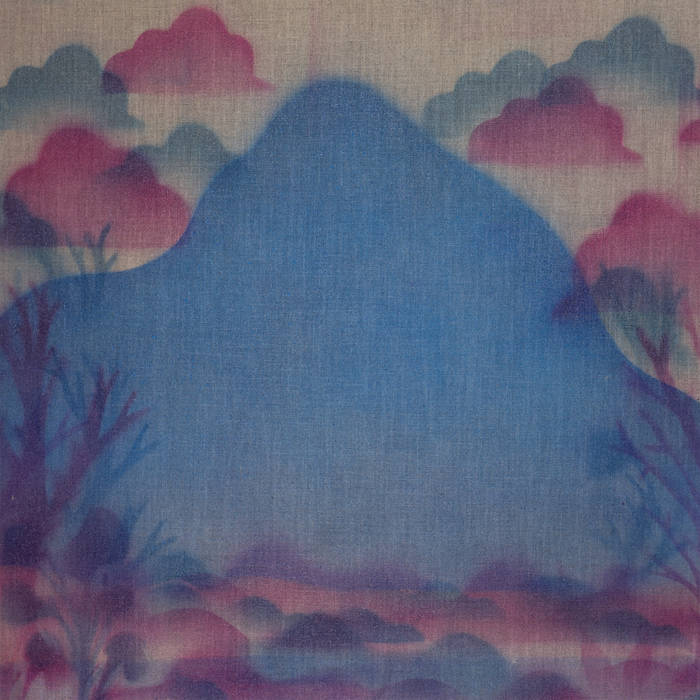 Everything Fades to Blue is the debut album for EWAH & The Vision of Paradise. This collection of 8 songs evoke familiar Australian landscapes; beaches, dunes, bushland and suburban streets. These idyllic images, drenched in summer light are laced with dark stories of violent crimes against women taken from newspaper headlines, anecdotal recollections and visions imagined in response to place.

The music is chiaroscuro, (literally meaning light and dark), where the ethereal and the sinister coexist, meeting in some strange twilight place.

EWAH performs the songs on saturated and prickly electric guitar with her band The Vision of Paradise (TVOP). Charles Donnelly layers atmospheric 80s analogue synth and Stuart Hollingsworth on bass and Paul Brooks on drums grind out sleazy and insistent rhythms.

EWAH has been writing and performing for over a decade where she lived in Melbourne, Australia. In 2010 she won the APRA Darebin Songwriters’ Award. However, towards the end of her time in Melbourne, she retreated from performing to write new material in the spare room of a small rental in the city’s inner northern suburbs. To begin with, the songs had no lyrics. Instead EWAH deferred to glossolalia to form melody and structure around guitar parts. Ultimately, she laid them down as electronic demos. She performed early examples of these songs supporting Harry Howard + The NDE at The Old Bar in Melbourne.

Feeling an implacable pang towards her childhood home of Tasmania, EWAH moved back to the island state - a place rich with the imagery that would form the songs of Everything Fades to Blue.

One night during the first year back in Tasmania she awoke from a restless dream and uttered the words “vision of paradise”. She then lay back and slept through until the morning. When she awoke, the words came to her again, and she knew this would be the name of her new band.

EWAH had created a suite of songs as electronic demos, but dissatisfied with the idea of how this may translate to pub and sticky carpet gigs, she recruited some mates to join her and transform the electronic demos into an old school rock band line up. The electronica informed EWAH & TVOP’s aesthetic, making for a noir synth pop meets punk new wave sound.

EWAH released a limited edition electronica 7” single Superstition or Love/My Heart is Your Home in 2015. From there, the band played regularly and began to release their own singles taken from a weekend recording session at Red Planet Recording in Hobart, Tasmania. Over that weekend they’d hoped for 3-5 songs. They walked out with 12, including the 8 songs which would form the conceptual album, Everything Fades to Blue.

Red Planet Recording engineer Jake Long, a wonderkid and tech wiz of few words, recommended his cousin Rob Long could be the man for the job of mixing. Rob was fresh on the ground in Tasmania, having moved from Melbourne, Victoria where he had cut his engineering teeth at renowned Birdland Studios. Across his career, he has worked with Australian luminaries Rowland S Howard, Adalita and Kate Miller Heidke and cult indie bands such as New War.

When mixing Everything Fades to Blue, Rob Long sought to create a wide open cinematic feel that would evoke the Australian landscape; grainy, swirling and shimmering with reverb. He worked long into the night - breakie at 6pm if you please - over his Christmas holiday at the mixing desk. The songs were laid down on reel-to-reel tape on a 1980s Studer. This tape noise, referencing a bygone time, has been embraced as a defining characteristic of the album.

Rob Long happened to mention that William Bowden aka King Willy had recently relocated to Tasmania to live. King Willy took home the Grammy Award for Record of the Year 2013 with Gotye for Somebody That I Used To Know. When it comes to mastering, King Willy has a reputation for being loud in a really good way.

To coincide with the release of each single, EWAH has collaborated with Tasmanian artist and filmmaker Raef Sawford to create art-music videos. Raef has exhibited video and print-based artworks for galleries both locally and nationally and directed and edited documentary television for national broadcast. For their art-music video collaboration Raef and EWAH have drawn inspiration from the reel-to-reel tape used in recording the album, using film footage sourced from the Tasmanian Archive and Heritage Office.

The cover art and insert (vinyl only) for Everything Fades to Blue was created by Tasmanian based artist, Joel Crosswell. Joel uses biographical stories and events in his work to connect with themes relating to spirituality, existence and the human condition. Typically working with ink on paper and resin coated sculptures; the artworks for Everything Fades to Blue are early examples of a shift into a new technique and medium.

Recorded in 2015 at Red Planet Recording by Jake Long
Mixed in 2015-2016 at Red Planet Recording by Rob Long
Mastered in 2016 by King Willy
Copyright © 2017 EWAH.
Words by EWAH. Music by EWAH with THE VISION OF PARADISE
EWAH—vocals & guitar
THE VISION OF PARADISE
Charles Donnelly—keys
Stuart Hollingsworth—bass
Paul Brooks—drums

Thanks to friends, family and supporters. In particular, thanks to Jason Clark, Daniel Hanek, George Goerss and Kieran O’Brien for lending the band gear. Thank you also to Raef Sawford, Joel Crosswell, Kelly Eijdenberg and Carl Gavan for all your hard work and creative assistance.